Updates to Harry's profile since your last visit are highlighted in yellow. 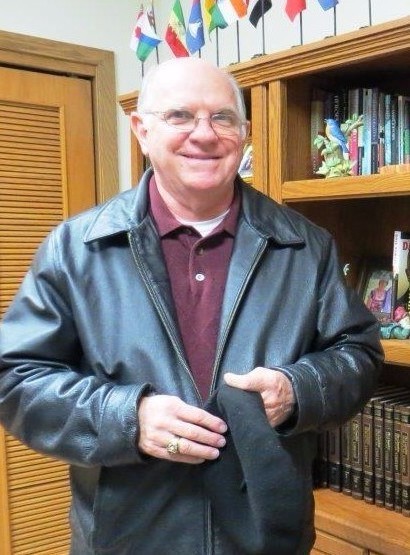 Brian, our Spanish exchange student son with whom we've kept contact for many years, lives in Geneva, Switzerland and works for Proctor and Gamble

15 grandchildren who are the joy of my life:

I ended up becoming and doing what I never imagined would happen while in high school. Through a complicated set of events I became a committed and practicing evangelical Christian (not right-wing political agenda). Jesus Christ, his teaching and his life, captivated my attention and became the focus of my life. This kind of religious commitment was totally beyond my horizon while at LSHS. Unthinkable. Unacceptable. But my new found belief system was a radical, revolutionary and very real change in my life. I became focused on temporal and eternal values and purposes. Attended Ohio State-Lima Campus, Taylor University (formerly Ft. Wayne Bible College), University of Saint Francis, and Trinity International University (formerly Trinity Evangelical Divinity School)...1 bachelors, 3 masters and an earned doctorate in Christian missions and third world non-formal education set the course for my life. After a two year stint as a pastor in Michigan my wife and I moved to Costa Rica for one year and then later to the Dominican Republic where we lived for seven years. Afterwards, I was the executive director of a Christian mission for sixteen + years. Later we moved to Cincinnati and I served as a staff associate minister in a large church. In 2004, we moved to Caracas, Venezuela and then returned to Fort Wayne in August, 2010. I am currently the Executive Pastor at Brookside Church, Ft. Wayne, Indiana. (Brookside.org.) Life has been good... rich in so many experiences, extensive travel on all continents except Australia, friends, many good memories, etc.

Where else have you lived?

Comment
What would we be surprised to know about you?

Actually graduated from college and fluent in Spanish.

Read history and historical biographies. Love to travel and currently enjoy the grandchildren.

Some bridges in life we only cross once...decisions or events cannot be redone. But other bridges can be revisited. Accept the past, appreciate the present, anticipate the future. But by all means anticipate and prepare for the future, in this life and the life to come.

Comment
The thing that you would do differently if you went back to LSHS.

LSHS was a good experience and I would undoubtedly do most of the same things over again and have the same set of friends.
Studying was not a priority but the atmosphere was enjoyable and challenging.

Back to Harry's Profile Details